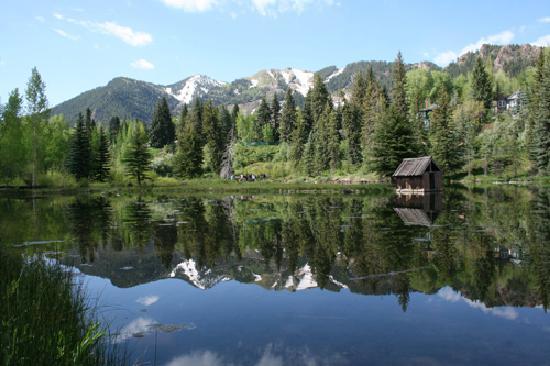 Part of the Love This Day Events southern Colorado wedding blitz included an overnight in Aspen for some initial planning for Kendra and Jason’s August 2013 wedding.  There are so many INCREDIBLE venues and vendors in Aspen – it would be impossible to cover them all in one post.  For now – here are some of my favorite rustic Aspen Wedding venues . . . 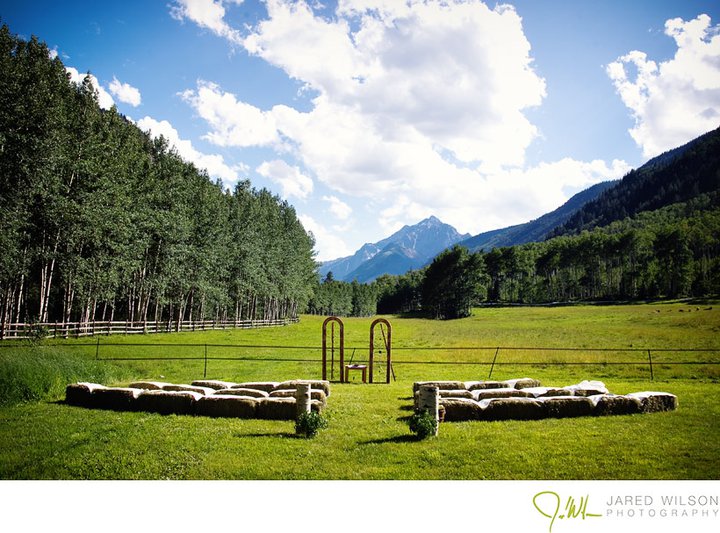 The view from the meadow is divine.  The lodge is the perfect spot for a 4 season party where you can bring your own caterer!  Besha goes above and beyond to make sure her guests enjoy every minute of their Aspen wedding day and as a planner – the entire staff makes my life a DREAM!  Click here to see one of my favorite T Lazy 7 Weddings that was featured on Style Me Pretty!

2013 marks the 75th anniversary of the T-Lazy-7 Ranch located near the base of the world famous Maroon Bells. Well before skiing was popular, the Deane Family was hosting friends and guests on their working ranch.
Today the Deane family is still at it and the T-Lazy-7 offers the most scenic snowmobile riding in Colorado. Operating under a special use permit  from the U.S. Forest Service in the White River National Forest, The Ranch offers rides into some of the most beautiful areas in the world, including the famous Maroon Bells, North America’s most photographed peaks. We are ready, willing and able to meet the western hospitality needs of groups from 2 to 200 or more!
Aspen Historical Society – Holden Marolt 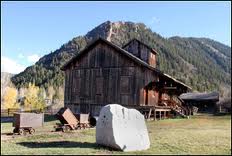 Holden Marolt may be Aspen’s best kept secret.  Located right over the river on the bike path -this Historical Society Museum is perfect for a rustic wedding or a rehearsal dinner BBQ.  From the Aspen Historical Society::

In 1891, the Holden Lixiviation Mill sprawled over 22 acres at the edge of Aspen, boasting state-of-the-art technology and industrial design. Just 14 months after the new plant opened, Congress demonetized silver and the mill went bankrupt. Mike Marolt purchased the property for a dollar in 1940 as a family ranch. This site is unique. It tells the stories of both Aspen’s mining and ranching heritage.

Founded as a silver mining camp in 1879, by I890 Aspen was the single largest silver producer in the US. With a population of over 13,000, Aspen was the third largest city in Colorado. Only Denver and Leadville were larger.

Aspen’s big news in 1891 was the building of the Holden Lixiviation works on the west side of town. The newspaper declared that “the sweet day dreams of those who have longed to see Aspen a great city are about to be realized.” Completed just fourteen months before Congress repealed the Sherman Silver Act, the plant never cleared a profit and went bankrupt almost immediately. It was one of only eighteen plants built world-wide to utilize the experimental Russell Lixiviation process to refine low grade ore.

The Russell Lixiviation process used crushing, heat, and chemical salts to refine silver from ore as low grade as ten ounces per ton. (Aspen ores averaged 400 to 600 ounces of silver per ton, but much low grade ore had to be discarded.) The fumes from the plant’s Stetefeldt furnaces were emitted from the main smoke stack 165 feet high, reputed to be the highest stack in the state.

One of the reasons that the Sampling building still stands is because it was built to hold large machinery that crushed and pulverized the ore.

By 1904, after several attempts to run the Holden Works as a concentrator (a process of discarding some of the worthless material to make the low grade ore cheaper to transport), the plant was closed. During the quiet years the Marolt family ranched near the mill. In 1940 they purchased the mill for one dollar, and combined it with the Midland Ranch to form the Marolt Ranch. The Marolts raised sheep and cattle and planted potatoes. By the late 1950’s, the Marolts started selling off parcels of their land, due to decreasing Forest Service grazing acreage, financial strains of the kid’s college educations, and Mike Marolt’s deteriorating health.

In the 1940s, the site was considered by the US Army as a training camp for the 10th Mountain Division, however, Camp Hale was established over the surrounding peaks near Leadville for that purpose. Nevertheless, maneuvers frequently brought them to the Ashcroft area and the soldiers soon found Aspen for their “rest and relaxation.” Many 10th Mountain veterans returned following WWII to build Aspen into the world class ski resort that we know today.

The Holden site, once a symbol of Aspen’s industrial might, became the symbol of a vanishing ranching economy as skiing fueled the rebuilding of Aspen.

The best part of Hallum Lake?  It is IN TOWN!!!  Somehow -this pristine perfect piece of heaven is actually in the town of Aspen.  Absolutely a perfect ceremony spot. Hop on over to Couture Colorado so see a gorgeous wedding at this perfect site. 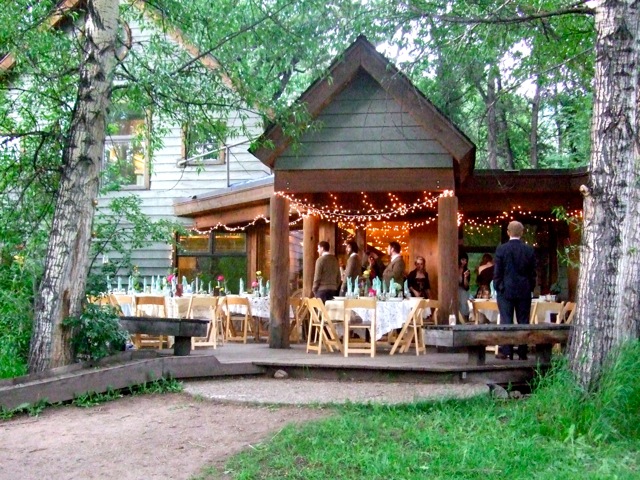 ACES at Hallam Lake has ample room for events with great spaces both indoors and outside.  Set on a 25-acre nature preserve, guests can enjoy beautiful scenery and wildlife as well as explore our indoor nature center.  ACES staff is available to present programs to guests and visitors such as introducing our resident birds of prey or leading sunset beaver walks on the lake.

And the site fee really IS that low – just no amplified music (it IS a preserve after all) and the party ends at 10pm.

Stay tuned for more information about some of the more traditional Aspen venues.  The Hotel Jerome is under going a major renovation (and from what we have seen – we are super excited for the completion), the Roaring Fork Club is always a hit and this weekend I get to see Moon Run Ranch for the first time!